The guidance portion of Bitlaw is provided by the attorneys of Forsgren Fisher McCalmont DeMarea Tysver. We have a great deal of expertise in many areas of patent law including patent office rejections and legal invalidity challenges under Section 101. Please contact us if you need any assistance!

This is the first of four different sections that make up our guidance on Section 101 rejections. This first section describes Section 101 issues in general and introduces the two-step Alice test. The second section discusses how to apply the first step of the Alice test, while the third describes the second step of the test. The fourth section provides a list of potential arguments that one can make when responding to a rejection from the patent office under Section 101. If you have any comments or suggestions for this guidance, please contact Dan Tysver.

When the patent office reviews a patent application, a patent examiner is appointed to ensure that the application meets the legal requirements for patentability before any patent is granted. One of the issues considered by the examiner is whether the invention described in the application is the right subject matter for protection under Section 101 of the Patent Act. This statutory section states that patents may be granted on "any new and useful process, machine, manufacture, or composition of matter." If an invention is not a process, machine, manufacture, or composition of matter, the invention is not patentable because it is not the right type of invention.

If an invention is going to be patentable, it must also avoid falling under a judicially created "exception" to patentable subject matter. While the articulation of these exceptions has varied over the years, we know that abstract ideas, laws of nature, and natural phenomenon are exceptions to statutory subject matter. This means that inventions that are considered abstract ideas or laws of nature are not patentable because they are not the right type of invention. These exceptions to subject matter eligibility have become much more important in the last ten years, especially for inventions relating to computer software and medical diagnostic tests. In fact, a large percentage of software patent applications reviewed by the U.S. Patent Office are at least initially rejected under Section 101 because the software invention described in the application is considered to be directed toward an abstract idea.

If your application has received a Section 101 rejection (sometimes referred to as a "subject matter eligibility" or "Alice" rejection), that means the examiner believes that your claims relate to a type of invention that is ineligible for patent protection. There are really two different types of Section 101 rejections: either the examiner is saying that your invention doesn't fall within one of the four statutory categories, or the examiner is saying that your invention falls under one of the patent ineligible exceptions (which is usually either an abstract idea or a natural law/phenomenon). These two types are discussed separately below. In either case, such a rejection does not have to be the end of your patent application, although it can sometimes be difficult to overcome a Section 101 rejection.

The Four Statutory Categories under Section 101

As indicated above, Section 101 of the patent act indicates that patents are to be granted on "any new and useful process, machine, manufacture, or composition of matter." This language means that an invention that does not fall under one of these four categories (i.e., is not either a process, machine, manufacture, or composition of matter) will not be eligible for patent protection. While most inventions fall within one of these categories, some do not. For instance, if your patent application claims that your invention is an electromagnetic wave having certain characteristics, the application will be rejected because a wave is not a process, a machine, a manufacture, or a composition of matter. Pure data (meaning data claimed alone as opposed to data residing on a computer or data being manipulated during a computer process) is also unpatentable.

For the most part, the widespread discussion and concern over Section 101 does not apply to these types of statutory category rejections. Rejections relating to these statutory categories are straight-forward, are based on clear statutory language, and are easily overcome. Instead, almost everyone's concern over "Section 101 issues" relates exclusively to the patent ineligible concepts of abstract ideas and natural laws/phenomena, which are discussed below.

Although Section 101 describes four categories of patent eligible subject matter, not all processes, machines, manufactures, or compositions of matter are patent eligible. While the language of the statute might imply that the four categories comprise the only requirement for subject matter eligibility, the courts have imposed additional restrictions on the kinds of inventions that can be patented. In the words of the Supreme Court in its Myriad Genetics decision, "[w]e have long held that this provision contains an important implicit exception: Laws of nature, natural phenomena, and abstract ideas are not patentable." The Supreme Court has explained that these types of concepts "are not patentable as they are the basic tools of scientific and technological work.” Mayo Collaborative Services v. Prometheus Labs., Inc. The Court is concerned that, if patents were granted on a law of natural or natural phenomenon (or a similar concept), this would impede innovation, whereas the patent system is designed to promote innovation. As a result, the Supreme Court has indicated that patents should not be granted on these patent-ineligible concepts, even though the actual Patent Statute is silent on this matter and does not indicated that abstract ideas or natural phenomenon are to be excluded from patent eligibility.

The Supreme Court has not been consistent in how it identifies the exceptions to patent eligibility. In various cases, the Court has separately identified any of the following concepts as ineligible:

Overview of the Alice Test for Analyzing Non-Statutory Exceptions

Of course, the above section begs the question: how can one actually distinguish between a patent ineligible invention that attempts to claim the ineligible concept and a patent eligible one that is claiming an acceptable application of the concept? While it is clear that the law of gravity is unpatentable, and a new type of internal combustion engine is patentable, very many inventions lie within the grey area between these two poles. For many years, courts have grappled with where to draw the line dividing unpatentable inventions from patentable ones. In its Mayo and Alice decisions, the Supreme court has recently developed a "test" to make this determination. Unfortunately, the word "test" must be in placed within quotes, as the test is by no means definite in all cases, and frequently leaves the issue as confused as it was before the test was applied. We do know, however, that this same test applies whether the patent-ineligible concept being evaluated is an abstract idea or a natural phenomenon. We will refer to this test as the "Alice test" because it was most clearly articulated in the Alice decision, even though the test properly originates in the Court's Mayo decision from two years earlier.

The Supreme Court has explained that Alice test is applied in two parts. The first step requires a consideration as to whether the claims at issue are, in fact, directed to an ineligible concept (e.g., an abstract idea or natural phenomenon).  In making this determination, the Supreme Court has emphasized that it is important to “tread carefully in construing this exclusionary principle lest it swallow all of patent law,” since, at some level, "all inventions . . . embody, use, reflect, rest upon, or apply laws of nature, natural phenomena, or abstract ideas." To determine whether the claims are “directed to” the ineligible concept rather than simply embodying or applying that concept, we are to examine both the claims and the specification to determine the "claimed concept" (which can also be referred to as the "focus" of the claims or the "claimed advance"). This claimed concept can then be compared with other inventions that have been found to be directed to abstract ideas or natural phenomenon. If the claimed concept is similar to other inventions previously found to be directed to an ineligible concept, then the claimed concept fails step one and the invention is further analyzed under step two. If the claimed concept is sufficiently different, then the invention is patent eligible under step one, and it is not necessary to analyze step two of the test. This first part of the Alice test is described in much more detail in the Guidance discussion on Applying Step One of the Alice test.

The second step of the Alice test is to “consider the elements of each claim both individually and ‘as an ordered combination’ to determine whether the additional elements ‘transform the nature of the claim’ into a patent-eligible application.” Alice. This second part of the Alice test is described in much more detail in the Guidance discussion on Applying Step Two of the Alice test.

Alice Test Applies to both Abstract Ideas and Natural Phenomenon

We now understand that this Alice test applies to both abstract ideas (frequently analyzed in connection with computer software) and natural phenomena (frequently analyzed in connection with medical testing and genetic inventions). As a result, the majority of the analysis in the following pages applies equally to abstract ideas and natural phenomenon. Where some issues relate only to one of these ineligible concepts, they will be discussed separately. 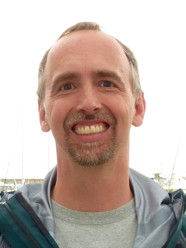 Call us. We can help.
Let Forsgren Fisher McCalmont DeMarea Tysver help with your Section 101 issues. Contact me for a free initial consultation

The following pages provide guidance on how to analyze and respond to section 101 rejections at the patent office, or section 101 claims of invalidity against issued patents.

What is a Section 101 Rejection

Overview of the Alice text

Applying Step One of the Alice test

Overview of step one of the Alice test

Analyzing step one for abstract ideas

Analyzing step one for natural phenomena

Overview--Searching for an "inventive concept"

Evaluating the "conventionality" of the claim elements

What is enough for inventive concept?

How to argue against a Section 101 Rejection

Responding to a statutory rejection (outside four categories)

Proving patent eligibility under step one

This guidance is provided by the attorneys of Forsgren Fisher McCalmont DeMarea Tysver. Please contact us if you need help protecting your intellectual property. The legal information provided in this guidance should be distinguished from actual legal advice. Please see the Guidance index page for more information.